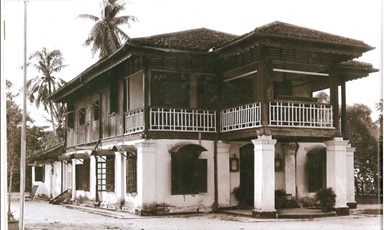 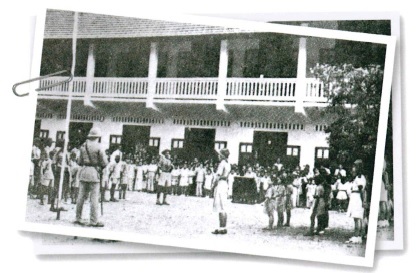 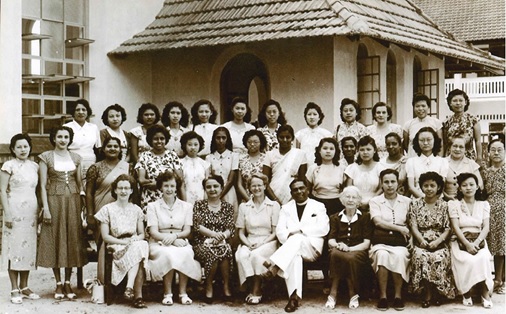 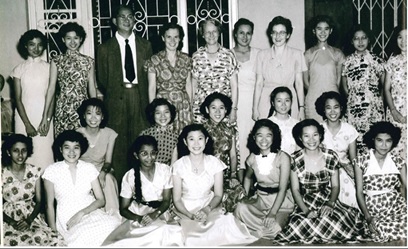 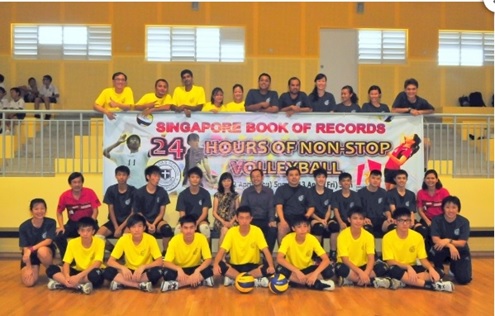 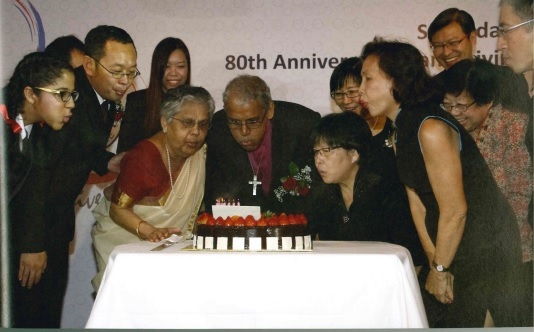 St Hilda’s Secondary started as Bethel English School in 1929 on Ceylon Road in Katong. In 1934, Archdeacon Graham White acquired the school and affiliated it to the Anglican Diocese. In 1938, the school was renamed St Hilda’s School after the school’s patron saint, Princess Hilda of Whitby. The essence of the school’s aims and inspirations was captured in the Mosaic command, ‘Go forward’ (Ewdis 14:15), which has since become the school motto.

During the Second World War, St. Hilda’s School came under the jurisdiction of the Japanese military authorities and functioned as a Japanese school. Following the end of the war in 1945, St Hilda’s School was the first private school to be reopened with a staff of 20 and an enrolment of 615 students comprising mainly overaged girls and boys. In 1950, the school was accorded grant-in-aid status by the government and it became an all-girls school. In 1965, the school changed the skirt design from a solid blue colour to the current design of tiny circles dotting a navy background. The school building underwent a major overhaul in 1969, and the new campus was consecrated in the following year. In 1984, the school commemorated its golden jubilee, which culminated in a Thanksgiving and Dedication Service at St Andrew’s Cathedral on 8 May.

In commemoration of its 70th anniversary, St Hilda’s published Hildan Harvest, which records the school’s history since its founding in 1934. On 13 April 2012, then Minister for Education Mr Heng Swee Keat officially opened the new Student Activity Centre, which houses a multipurpose hall, two indoor sports halls and Singapore’s first roof-top full-size hockey pitch. In 2014, the school celebrated its 80th anniversary with a series of events centred on the theme, ‘Run with Endurance, Race with Joy’, which culminated in the sealing of a time capsule containing significant artefacts that would be unearthed during the school’s 100th anniversary. In 2019, the school celebrated its 85th anniversary with a line-up of events jointly organised with St Hilda’s Primary School. 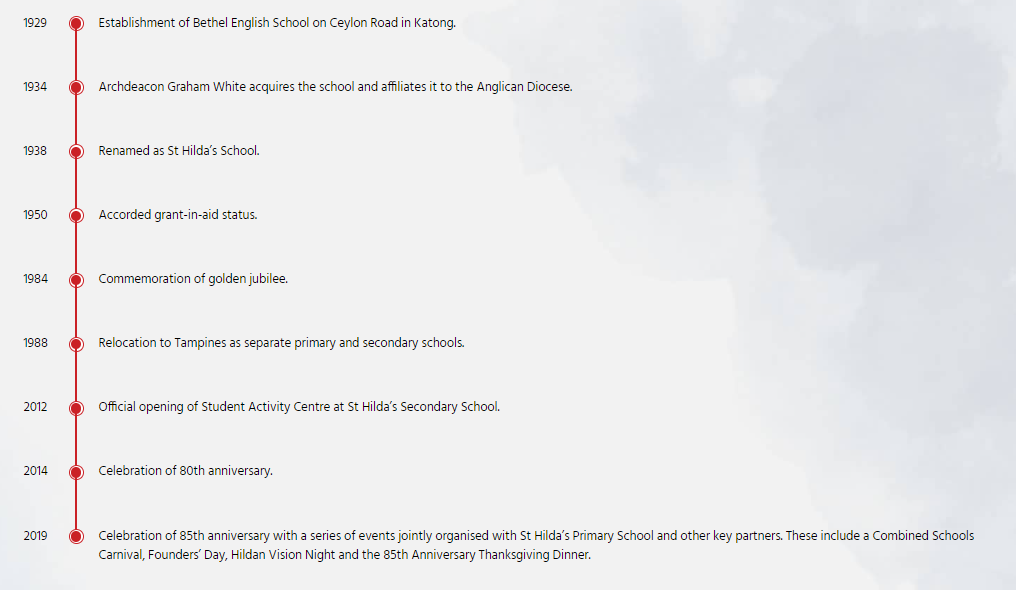 The founder of St Hilda’s, Archdeacon Graham White, captured the essence of the school’s aims and aspirations in the Mosaic command, ‘Go Forward’.

The school badge embodies the aims and aspirations of St Hilda’s. Its circular shape symbolises unity within the diversity of people, creeds and cultures in Singapore.

At the centre of the badge is a Cross mounted on a blue shield, which represents the teaching of Christ – to be of loving service to fellow men. The blue colour on the shield represents a forward movement through waters of uncertainty, while the shield symbolises perseverance in heavenly aspirations grounded on earthly realism through education.

Below the Cross is the school motto, ‘Go Forward’.

Go forward together one and all
Forward onward, whatever may befall,
Let’s raise our heads high and lift our voice
Service to others is the Christian’s choice!

Go forward, onward, over to the right
In service and brotherhood and love
Forward and upward, ever to the light
Go forward and serve our Lord above!

St. Hilda’s our Alma Mater dear
Go forward in her and have no fear
She is our teacher, parent and friend
Whatever our path, wherever we wend!